How do you add to the quantity of motion? 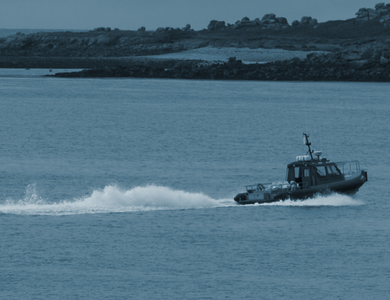 Just push for a while, causing a change in the velocity: that adds to the quantity of motion.

This invariant quantity, the amount by which you change the motion, is called the impulse. The duration and intensity of your interaction with the object both contribute to the impulse.

The duration, as in episode 02, is the time interval between the start and finish of the interaction.

So the impulse can be calculated as: impulse = force × time.

The impulse looks just like another accumulation, this time an accumulation of force over time. Push for a longer duration, or exert a larger force, to accumulate more change in the motion.

Other accumulations caused changes in linked quantities. For example:

The first two are both from this topic, the second two from the SPT: Electricity and energy topic.

So what quantity associated with the motion is changed by the action of the impulse?

Paying attention to units will reveal an insight into just how your impulse has affected the motion.

Choosing an appropriate measure of motion changed by an impulse

The required measure turns out to be something new: neither the velocity nor the energy added to the kinetic store will do. To see why not, we'd suggest looking carefully at these three measures:

What could impulse change?

Velocity doesn't look possible – the units of the measures look too different, but you'd better check.

There ought to be a more rigorous way to compare the units – and there is. Let's try it with a more likely candidate: the energy.

The energy indeed looks like a possibility – a candidate for the measure of motion changed by the impulse. That is, the impulse will change the energy ( Δ energy = impulse). Because this is an equation, the quantities on both sides ought to be equal – that is both the numbers and the units. If the units don't agree, then it doesn't matter what the numbers are: the units provide the general condition, the numbers the particular. Here we're interested in the general.

We can compare these two quantities by reducing them all to SI base units (metre, kilogram, second, etc.). This is done by looking for relationships connecting energy and force to measures in metres, kilograms and seconds (which happen to be all the base units in this case).

Recall (or check in the SPT: Energy topic and the SPT: Forces topic, and in episode 01 of this topic):

This implies a relationship amongst the units:

Getting, there, but we still need to connect force to more fundamental measures. You may remember, from episode 01: acceleration = forcemass.

You can rearrange this, to deduce the connections between the measures: force = mass × acceleration (expressed in units newton = kilogram × metre second-2).

So it doesn't matter what the numbers are – the impulse can't be equal to the change in the energy in the kinetic store.

A powerful, general, way of thinking

This is a powerful, general and rich way of reasoning, but may not be for all students at this age.

In later study it will become even more formalised as thinking with dimensions, where it can be a powerful method of checking and even discovering the possible forms of empirical relationships. The basis is very simple: a relationship must contain an equals sign, and so the measures on both sides must be equal:

Once you remember that quantity is an amalgam of unit and number, you get:

So it doesn't matter what the numbers are – the impulse can't be equal to the change in the energy in the kinetic store.

It's only a variation of that old adage that equations only work if you use either pears or apples, and don't try to add pears to apples.

As velocity is a vector, momentum must be a vector as well.

The history of the force concept

The modern concept of force has progressed through a number of iterations. Aristotle argued that ‘everything moved must be...

If a student argues in this way, you might encourage them by recounting something of the history of the development of the...

A sequence to develop ideas about magnets

Magnetism is mysterious because we cannot see what is causing the force, we can only see its effects. Clearly it has links to...