Finding average acceleration with a ticker-timer

This a practical approach to acceleration and its definition.

If trolley runways are used, remember that one is too heavy for a single adult to manipulate and carry safely. 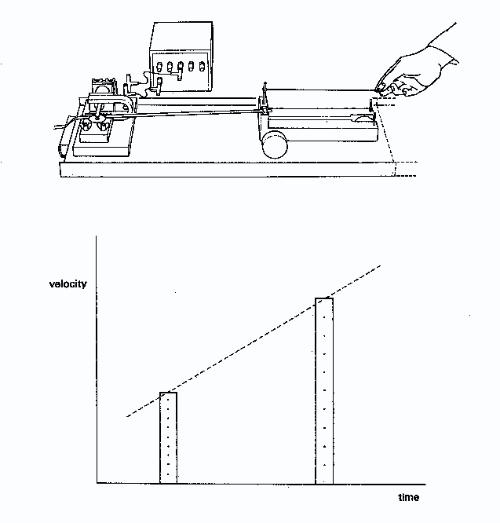 Experiments in this collection help students to distinguish between average and...

A rather concise way of expressing the connection between velocity and accelerations is to say that the rate of change of...

We'd suggest that there's much to be gained from not using the word time in a cover-all way.

An analysis has been carried out on the dynamics of pieces of toast in order to test the prediction of Murphy’s Law that toast...