Why are they called nuclear power stations? 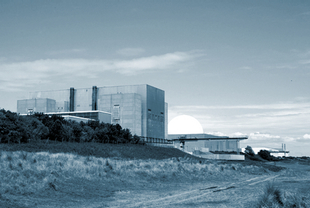 The phenomenon of radioactivity is due to changes in the nucleus of each atom of a radioactive material. It is for this reason that we refer to:

For some students this point may not be obvious:

Karl: Why are they called nuclear power stations? I thought it was to do with radioactivity!

Teacher: Nearly right! It is to do with radioactivity. Radiation is emitted from the nucleus of the atoms in fuels for these power stations and enables more nuclear emissions. That's why we call them nuclear reactors or nuclear power stations.

From time to time it is a good idea to refer to nuclear alpha/beta/gamma radiation or nuclear ionising radiation just to remind students of their origin.

Modelling decay in the laboratory

This is a set of three linked activities designed to show how radioactive decay can be modelled. In each case you can discuss...

Things you'll need to decide on as you plan: rad...

- deal with perceptions of risk - draw out children's understandings of "radioactive" - connect ionising radiations with other...

If you do not have a plutonium-239 source, you can use americium-241. However, you need to be aware that it gives off gamma...