The energy shifted each second is the power in the pathway 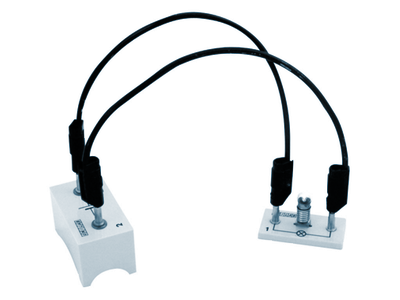 The calculation done for each pathway shows the power: the rate at which stores of energy are emptied or filled. Finding the power in the electrical pathway is very simple – you multiply the potential difference by the current.

(Think about fundamentals again, from the SPT: Electric circuits topic. The current is the charge each second, and the potential difference is the energy for each charge. In this episode we approach the same end point by thinking about power.)

Energy is shifted to and from stores by the action of the electrical pathway for as long as the circuit is connected. The rate at which this happens is the power, measured in watts. This power is set by the potential difference and the current.

When are fuels used?

We suggest starting with fuels because of their obvious usefulness, and because something is very clearly used up. However...

Questions that can be answered

The focus of this episode is on putting electricity to work in different kinds of electrical appliances. We see how it's...

Connect up a circuit and leave it running in a steady state–lamps glow and resistors warm. How much they glow or warm depends...