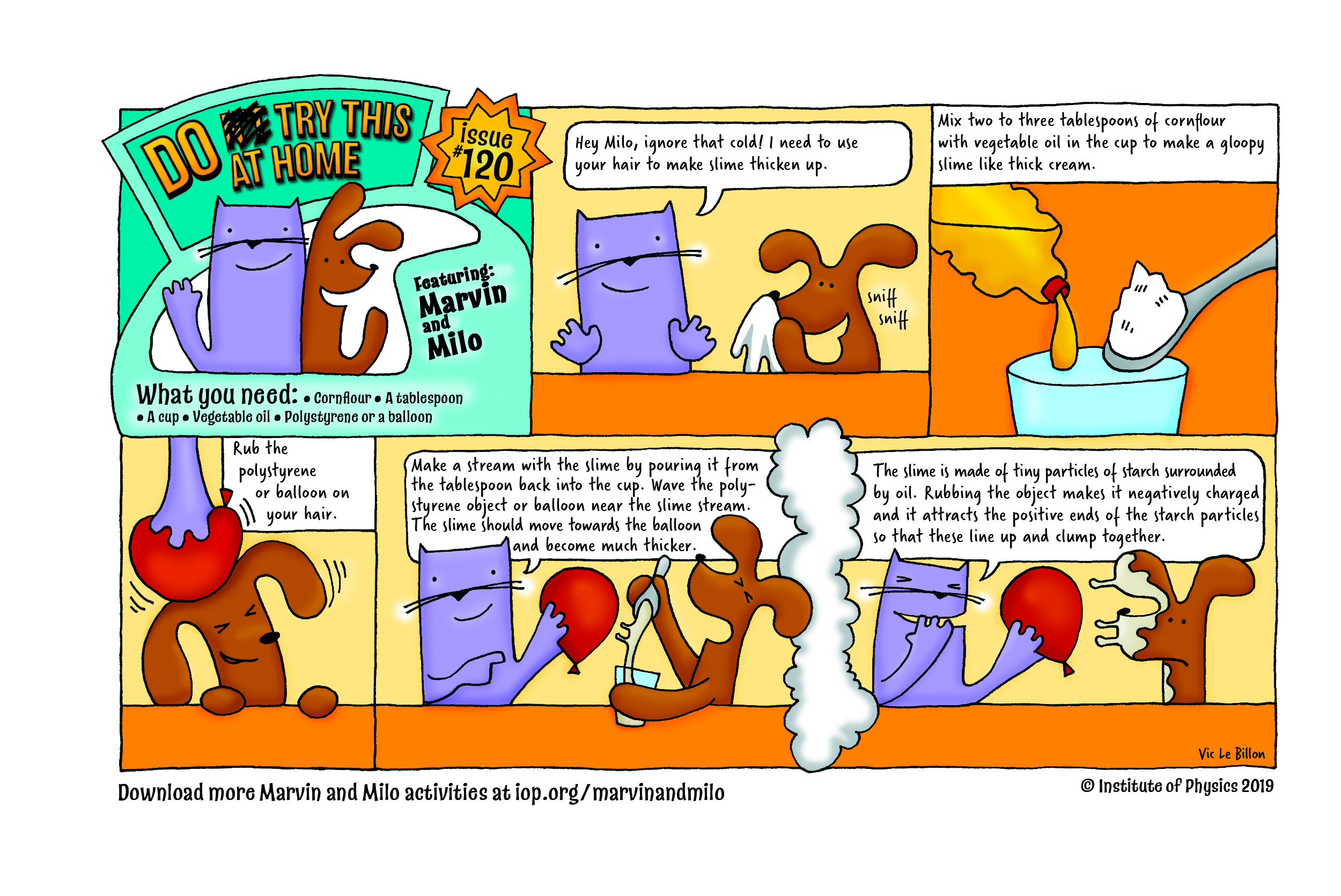 The slime is made of tiny particles of starch surrounded by oil. Rubbing the object makes it negatively charged and it attracts the positive ends of the starch particles so that these line up and clump together.

There are two main aims for this episode: to present a range of examples involving different types of charge carrier, and to...

Few pupils can clearly distinguish the ideas of electric current and potential difference.

Few pupils can say in words what the physical quantity measured by a voltmeter is.