In this activity students build a model universe using washers and elastic bands. You can use it to introduce Hubble’s law. 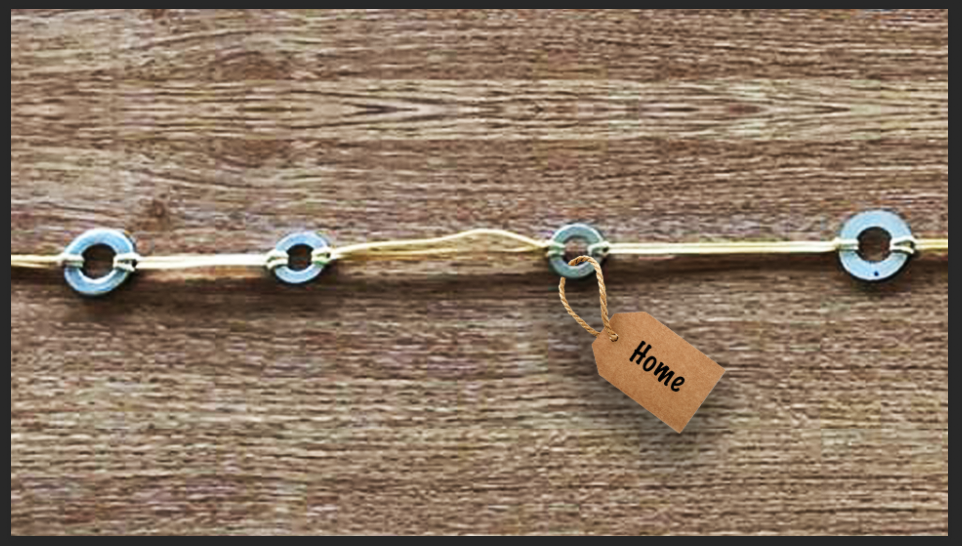 Each student will need:

By following instructions on their activity sheet students should build a one-dimensional model of a universe. After expanding it to double its initial length they will need to stick the washers at the end of the chain to the table/floor to measure distances.

When they plot a change in distance against distance graph they should find that it is a straight line. Repeating with a different washer as the home galaxy reveals that the gradient of the graph is the same irrespective of which washer they consider to be ‘home’. Like real galaxies, the galaxies in the model seem to move away from home, but home is not the centre of the expansion. Observers in all galaxies will see the galaxies move away from them with a speed that is proportional to their distance from their galaxy. This is known as Hubble’s law.

Students explain why observers in all galaxies see the galaxies move away from them with a speed that is proportional to their distance.

Resources to support remote teaching of earth and space

A collection of resources on the topic of earth and space to help support teachers...

Other resources onExpansion of the Universe

Big Bang Model of the Universe
Earth and Space

Cosmology is the study of the origins, history and future of the universe. The currently favoured model is the big bang.

Expansion of the Universe
Energy and Thermal Physics

Here we're looking at how stretching space predicts the change in recession velocity of galaxies. If you stretch a piece of...

The universe is expanding; don’t confuse this with the big bang (see episode 705: Cosmology).

Expansion of the Universe