What halves during a half-life?

Wrong Track: If the half life of a radioactive source is 100 years, this means that half of the source will decay away in that time. If you have 10 gram of material at the start there will be 5 gram left after 100 years.

Right Lines: If the half-life of a radioactive source is 100 years, this means that half of the radioactive atoms will decay in that time but the source will undergo no significant change in mass.

If we start with 10 gram of a radioactive source… 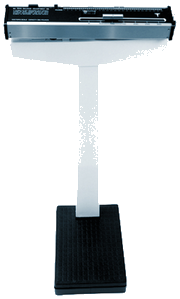 What halves during a time period of one half-life? This thinking that underpins this challenge relates closely to the challenge Does a nucleus disappear when it decays?

It is worth addressing this issue directly:

Teacher: So if we start with 10 g of an alpha emitting radioactive source what will be its mass be after one half-life?

Teacher: No, in fact that's not correct. There's virtually no change in mass of the source. Who can explain why? You need to think carefully about this.

Simon: You might think it's 5 g but it isn't because when the radioactive atoms decay they don't disappear, they just change into different atoms.

Teacher: Great explanation! Out of interest how much mass will be lost from the source?

Teacher: That's pretty much all of it. In nuclear reactors you also lose a tiny fraction of the mass – in exchange for a lot of energy in a thermal store.

Does a nucleus disappear when it decays?

This is an interesting point relating to the limitations of models, which we'd recommend exploring in full with the students: