Does the charge move instantly?

When the light comes on

Wrong Track: The bulb cannot light until the energy is carried to it.

Wrong Track: The charges travel from the battery to bulb, and light it when they get there.

Right Lines: The circuit starts working as soon as you throw the switch. The charged particles start moving everywhere and electrical working lights the bulb.

When do the charged particles start to move? 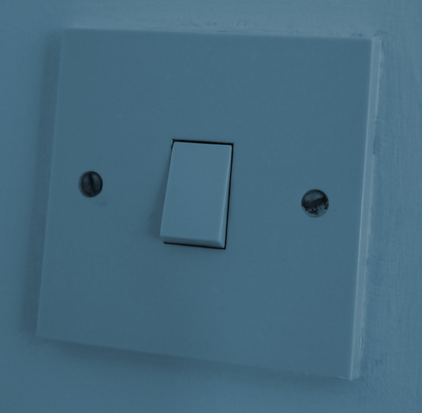 It's possible that this kind of thinking is encouraged in children by donation models that suggest that everything comes from the battery, and is then carried round to the bulb.

It would appear that when we turn on a switch the electrically charged particles move immediately in all parts of the circuit and instantly light a bulb. Even if we connect all the wires available in the laboratory, to make a big circuit, the light bulb still appears to react immediately.

Actually it does take a very short time for the electrons to start moving. The electric field that sets the electrons in motion takes a finite time to pass through the wires. The field propagates (moves) at approximately the speed of light: 300,000 kilometre /second, that is 300 millimetre in a thousand-millionth of a second.

Does this delay matter? An electrical signal would take a mere hundredth of a second to pass from the UK to the USA through cables under the Atlantic Ocean. However, a modern computer will time itself on a signal changing many millions of times a second. With signals that are fractions of a millionth of a second long, even small delays in signals travelling along wires must be taken into account when designing circuit boards.

The bulb in our circuit does not turn on immediately, but the delay is so short that it is only significant in situations far removed from school laboratory bench experiments.

The pupils need to be able to picture what is going on as energy is shifted from battery to surroundings as the charged...

Physics and teaching models are different from a...

All teaching models and analogies have their strengths and weaknesses and it is important to be aware of what these are, and...

As with the previous challenge, using physical quantities offers a direct way to sort out an answer. So, you might invent some...