Wrong Track: I don't know much about irradiation of food, but it doesn't seem natural to me and I think that radiation would be left in the food. So I would avoid irradiated foodstuffs.

Right Lines: Careful irradiation of foodstuffs kills any bacteria on the food and this helps to preserve it for longer. The food itself can't become radioactive.

Teaching and learning about irradiation 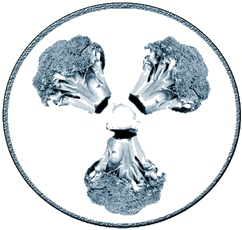 The idea of irradiated objects necessarily becoming radioactive is quite common in everyday thinking but is not correct. Many believe that objects like syringes and dressings that are sterilised using radiation will become radioactive (and so emit radiation). Similar ideas are found regarding the irradiation of food. For example, some people are nervous that the radiation that is used to kill any bugs around a box of apples, might actually make the apples radioactive. This kind of thinking involves seeing the radiation as somehow becoming stored inside the absorber (I think that radiation would be left inside the food) such that it can be re-released later.

However, please be aware that irradiation with neutrons can result in nuclear changes, perhaps producing unstable nuclei. That's what the careful is all about in the right lines quote – don't choose a radiation that can trigger nuclear changes.

This teaching and learning challenge takes us back once again to stressing the difference between irradiation and contamination.

Teacher: Cobalt–60 is commonly used in food irradiation. This source emits gamma radiation, which acts to kill any bacteria, viruses or insects on the food. The gamma radiation also irradiates the food and although there may be small chemical changes, it can't make the food radioactive. It's not as though any cobalt–60 is left on the food. This is not a case of contamination.

Sparks in the air

A high voltage will produce a spark in an air gap. This is easily demonstrated with the spheres of a Van de Graaff generator.

Photons have a frequency–they are a radiation, one way of describing the essential process of do like me, later that connects...

Clouds form in the atmosphere when warm, wet air is pushed up. As the air goes higher its pressure decreases and it gets...