Displacement is a vector quantity; it describes the difference in position between two points, measured from one to the other. Referring to figure 1, the displacement from A to B is defined by a vector in the direction of the straight line from A to B, with magnitude equal to the distance between A and B measured along that line. 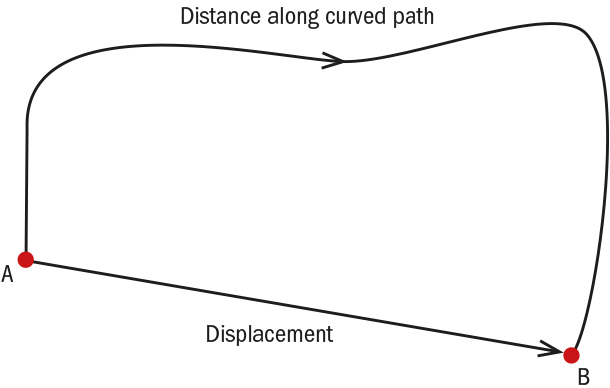 Figure 1: The distance travelled and displacement in moving from point A to point B along a curved path

Figure 2: The change in displacement in moving from point 1 to point 2

where Δ r is the displacement between two points defined by the position vectors r1 and r2.

Starting and ending at the same point, an athlete may run a distance of 400 m along the inside lane of a running track, but the displacement of the finishing position with respect to the starting position will be zero.

Demonstration: A mass suspended on a spring will oscillate after being displaced. The period of oscillation is affected by the...

Every mechanical wave has its origin in an oscillating object. The particles in the medium themselves oscillate, in a similar...