A complicated explanation of the decibel, included here as it may be hard to find elsewhere 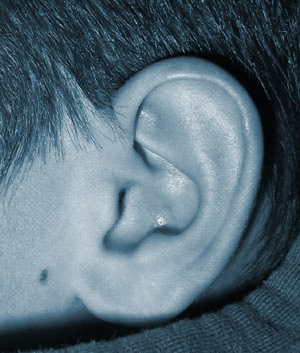 The bel was invented by telephone engineers, and is named after Alexander Graham Bell, inventor of the telephone.

The bel unit (a decibel is one tenth of a bel) is derived by comparing the power of one sound with another:

where P1 and P0 are powers in watts (for sound, that is the energy arriving at the ear per second) and P0 is a reference power value with which P1 is compared.

The logarithmic scale compresses the range of loudness values. Instead of having a loudness scale that stretches from the threshold of hearing to a value that is one billion times greater, the decibel scale goes from 0 dB to 140 dB.

For sound we need some agreed intensity as a reference value. Intensity is power per square metre: this eliminates concerns over the size of the ear. The agreed reference intensity is 1 × 10-12 watt metre-2 at 1000 hertz. So every other sound level is compared with this using the decibel scale. This reference value comes out at 0 dB.

We started describing the loudness of vibrations in terms of amplitudes and now we are talking in terms of intensities – the energy arriving per square metre per second. There is an intermediate step: the energy associated with a vibration depends on the amplitude.

So the connection between the to and fro of the loudspeaker and the measure of the loudness in decibels involves several steps. Knowing about these steps is for your interest, and certainly not for the great majority of pupils at this age.

Sounds travel at a known speed, so you can find distances from the trip times. One common use of this is to fire a sound out...

Light rays but not sound rays

In explaining the properties of light we suggest constructing diagrams based on light rays, which are imaginary. Rays can be...

You can’t hear the bell as you have created a partial vacuum inside the bottle. Without the air in the bottle, the sound is...