This activity shows that a loud sound is capable of making small grains jump. You can use it to introduce the idea that sound is a vibration of the air. 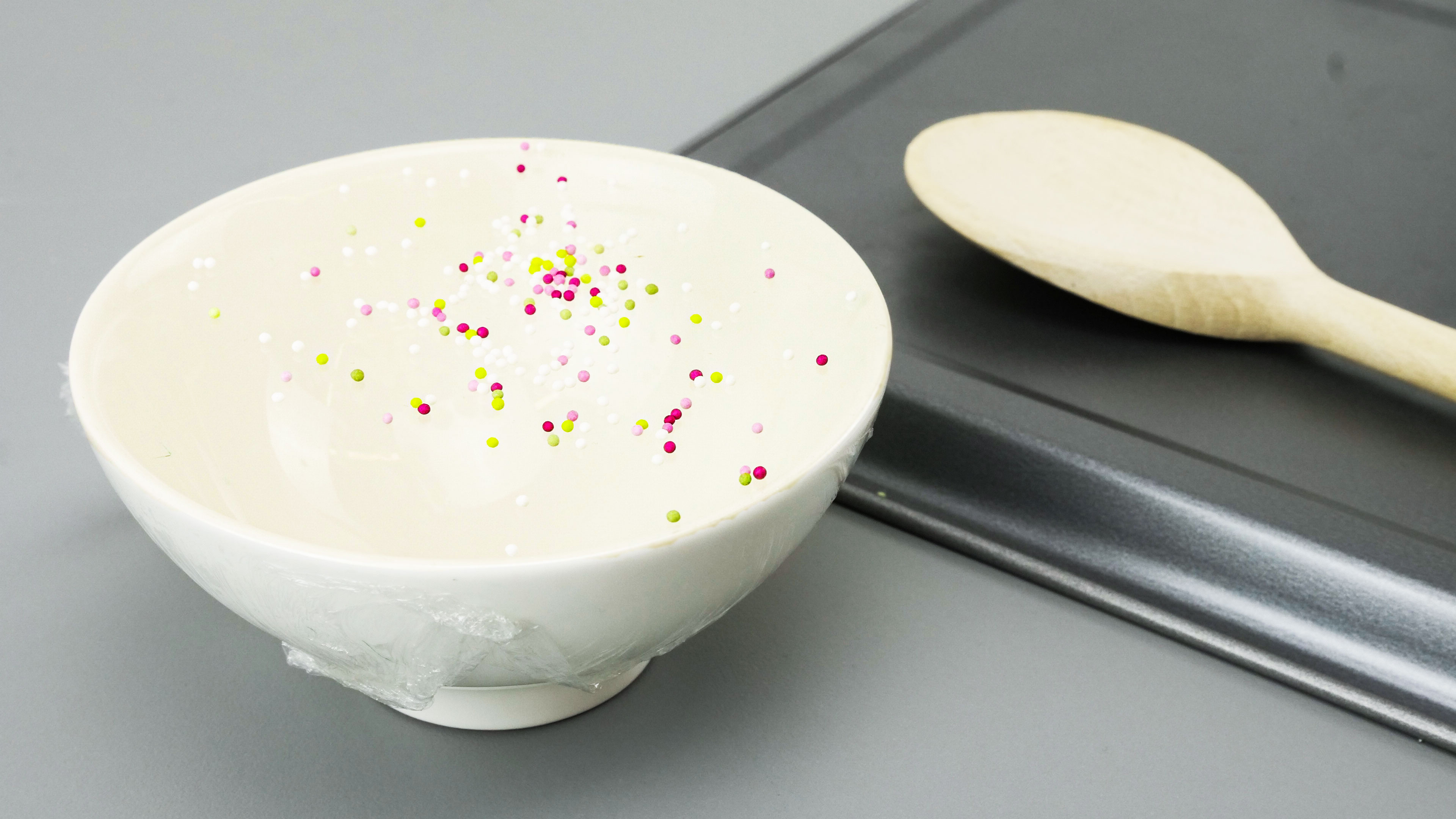 Each group of students will need:

Ask the students to:

Students will probably have heard of a ‘sound wave’ but, based on everyday experience (e.g. shouting or whistling), think it involves air travelling en masse from source to detector. In this activity there is no obvious source of moving air. Identify the source, medium and detector in your explanation and introduce the idea that a sound is a vibration of the air.

The baking tray is a sound source because it vibrates when it’s struck. The vibrations are transmitted through the air (the medium) to the bowl and cling film (the detector). The incoming sound wave makes the surface of the cling film move up and down and the sprinkles on its surface dance in response.

Students describe sound waves as vibrations of the air, initiated by the vibrating source of the sound.

Sounds through solids and liquids as well as gas...

Pupils need to appreciate that sounds can travel not only through gases but also through solids and liquids.

Some 'finding out' to reinforce ideas on sound.