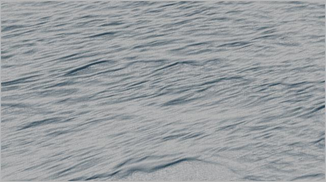 This episode starts by thinking about what happens when two trains of waves meet one another.

The waves in question might be water waves in the ocean, or sound waves at a music concert or light waves from the Sun.

The same underlying principles apply to all such examples when considering how the trains add together.

Later there are not such obvious trains, but the same patterns of reasoning turn out to be reliable in predicting what happens.

Two waves interacting: it is essential to know about the starting conditions

Wrong Track: To find out whether two sets of waves are in step at a certain common point, all we need to know is the trip time. If the trip time is the same for both waves they must arrive in step.

Right Lines: If you have two sets of waves from different sources they will arrive at a common point in step if they are in step with each other at their respective starting points; they are of the same frequency; and they have the same trip time. The technical term for two sources being in step is that they are coherent. To be coherent, the two sources need not be exactly in step: they might be exactly out of step or somewhere in between. The critical point is that there is a constant, unchanging phase relationship between the two sources.

From a teaching and learning point of view it is well worth the time and effort to introduce new terms carefully.

When two sets of waves interact and combine, the phenomenon is termed superposition and the waves are said to interfere.

If the two sets of waves are directly in phase (or in step) at a certain point, the wave amplitudes add together and full constructive interference occurs.

If the two sets of waves are directly out of phase (or out of step) at a certain point, the wave amplitudes cancel each other out and full destructive interference occurs.

Teacher Tip: If two contributions superpose then there is interference.

Teacher Tip: Contributions out of step are out of phase: Superposition  →  destructive interference. 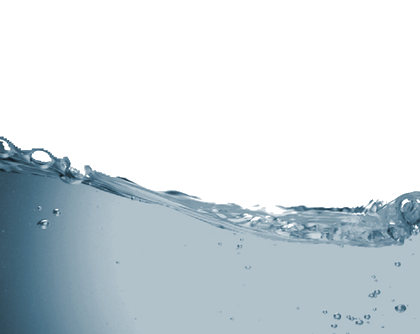 There is a long tradition of starting with water waves when teaching about waves and radiation in physics. This makes a lot of sense because, unlike with light and sound, it is possible actually to see the water waves being reflected, refracted, diffracted and interfering.

In addition, the first hand nature of water waves is a good starting point for explaining interference effects with:

It would be worth checking to see whether your school has a ripple tank that can be used to demonstrate all of these effects.

Teacher Tip: You'll need to practice, and to pay particular attention to the setting up instructions – getting the depth of the water correct is often crucial. 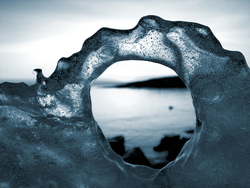 In our experience, students often confuse the terms, refraction and diffraction. With this in mind it's useful to practice the following mantra:

Teacher: So! Let's just remind ourselves, what's the difference between refraction and diffraction of light?

Conservation of energy and two-slit interference

Conservation of energy and two-slit interference

What happened to the energy?

Wrong Track: OK, so in some places there are dark fringes in the interference pattern. This means that there is no light arriving and so no energy is being shifted. Destructive interference has destroyed some energy.

Interference patterns from a single slit

Interference patterns from a single slit

How can a single slit produce an interference pattern?

Wrong Track: It can't be possible to get an interference pattern from a single slit. You need two slits to get the two sets of waves to interfere.

Right Lines: A narrow single slits does produce an interference pattern. You need to think about rays of light coming from different points along the single slit and interfering constructively and destructively.

Think about rays from different points along the slit

Many students find it counter-intuitive that a single narrow slit can produce an interference pattern, especially if interference ideas have been introduced by considering a two-slit case.

A good starting point for teaching about single-slit diffraction is to show your students the physical effect:

Teacher: So you can see what is produced on the screen when the light is passed through a single slit. What does it look like?

Naomi: It looks a bit like an interference pattern: fringes sort of thing.

Teacher: And where did we see that?

Emmy: With the twin slits…

Teacher: OK! You're right! But this is odd! How on earth is it possible to get an interference pattern with a single slit? What's doing the interfering? Any thoughts?

In this way the problem of how the interference pattern might be produced is raised and tossed back to the students to think about. In our experience some students do edge towards the correct solution of thinking about interference between contributions from different points along the single slit. These contributions interfere constructively and destructively due to the differences in trip times as they travel out to a screen from different points along the slit.

What's the difference between trip times and path differences? 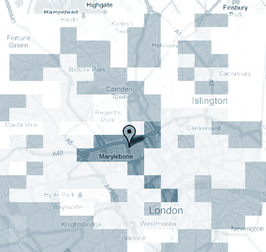 The concept of trip time is introduced in the Physics Narrative for this episode and this might be a new idea for you. Furthermore, it is quite likely that you have previously come across the idea of path differences in thinking about and explaining phenomena such as Young's fringes. So, what's the difference between the two?

In relation to explaining Young's fringes there is no real difference in thinking in terms of either trip times or path distances. If light rays pass through the two slits and take the same time to travel to a point on the screen (often by travelling the same distance to a point on the screen), then they will arrive at that point in step and constructive interference, creating a bright fringe on the screen. Because the speed of light is constant, the analyses in terms of time or distance lead to the same outcome.

So things might seem balanced, but we believe that the advantage, even here, rests with the time-based description. If you get back to basics – that is back to do like me, but later – then you should notice that it's all about the time. For two contributions to add (superpose constructively), it's the relationship between their laters that's important.

The value of an approach using trip time becomes even clearer when analysing a situation where the speed of light changes due to the light travelling through different media. Thus in the case of refraction the actual path taken by a ray of light as it passes through, say, a prism, can be identified as the one that takes least time.

The big advantage in thinking about trip times is that this single idea can be used to account for a whole list of phenomena, including reflection, refraction and interference.

What do wave ideas tell us about light? 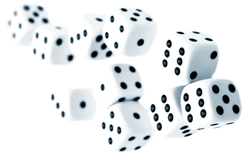 In thinking about the production of dark and light fringes on a screen as light passes through two slits to create interference effects, the basic questions of interest are:

Where on the screen will photons of energy arrive?

One distinction that is made by philosophers about the nature of science is in terms of it being a positivist or realist activity.

Richard Feynman, in the introduction to his book, QED: The strange theory of light and matter, has something to say on matters of this kind: There is this possibility: after I tell you something, you just can't believe it. You can't accept it. You don't like it. It's a problem that physicists have learned to deal with: they've learned to realise that whether they like a theory is not the essential question. Rather it is whether or not the theory gives predictions that agree with experiment. The theory of QED describes nature as absurd from the point of view of common sense. And it agrees fully with experiment. So I hope you can accept Nature as she is… absurd.

Thus Feynman argues that the quantum view of the world doesn't seem to make sense in relation to common experience. However, this is not what counts. He takes a straight positivist point of view in stating that what matters is whether or not the theory gives predictions that agree with experiment.

These are not just points of abstract philosophy, but are of importance in thinking about teaching and learning in this area. If you and your students think that the wave/photon ideas are somewhat strange, then you are in the very good company of Feynman. You are exactly right in your thinking and this is a message that is worth sharing with students.

Feynman would probably agree that thinking about light as waves allows us to predict where the light is likely to arrive, while the photon story tells us about how the energy is being shifted.