The Swiss scientist, Jean-Daniel Colladon, a pioneer of research into fibre optics, conducted a curious experiment to measure the speed of sound in water. In 1841, Colladon and his father took two boats onto Lake Geneva. Colladon’s father lowered a bell into the lake. A striking mechanism triggered by a small explosive charge in his boat was attached to the bell. Colladon, in another boat some distance away, listened for the sound of the bell using an underwater listening tube. He calculated the speed of sound in water from the time difference between seeing the flash of the explosion and hearing the sound of the bell. 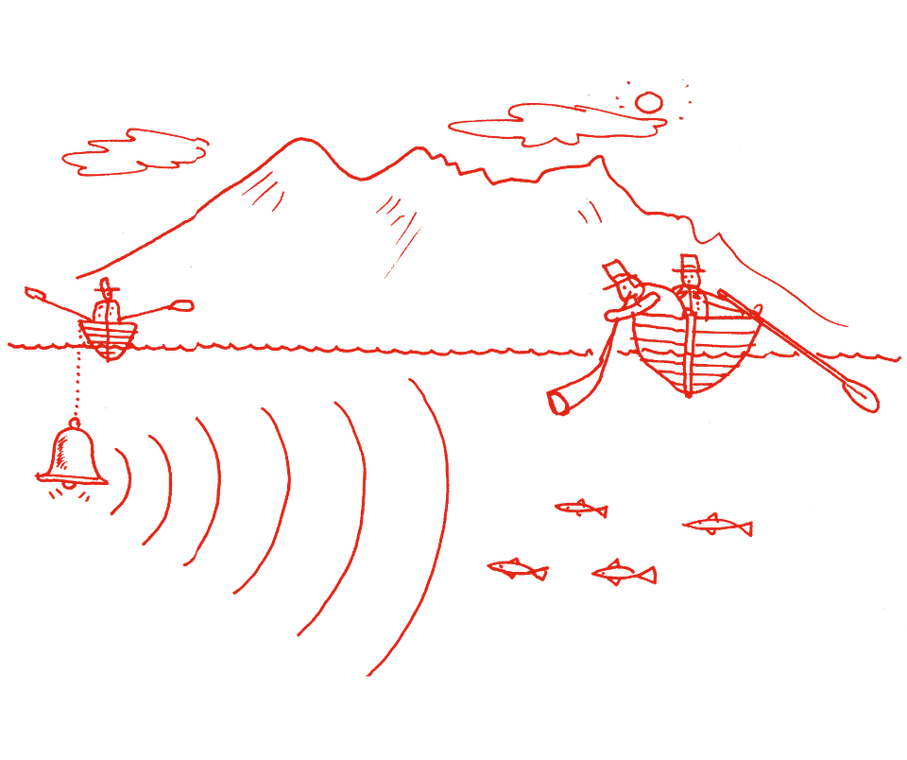 The speed of sound waves travelling in seas and oceans varies with depth due to changes in temperature and density under the...

The central learning challenge for children is for them to develop a clear understanding of the difference between describing...

Here you can show how a simple model of the paths that sound can follow allows us to predict where things will and will not be...