The cat who wrote a paper

A cat has appeared as the co-author of a paper on low temperature physics (Two-, three-, and four-atom exchange effects in bcc He 3 in the journal, Physical Review Letters). The paper’s first author, Jack Hetherington, reports that though he was the only author of the paper, he had accidently written the article using the pronouns ‘we’ and ‘our’. Rather than rewriting the paper, he added the name of his cat, Chester, used the initials of its species name, Felis domesticus, and the name of the cat’s father, Willard, as its surname to give the co-author: FDC Willard. 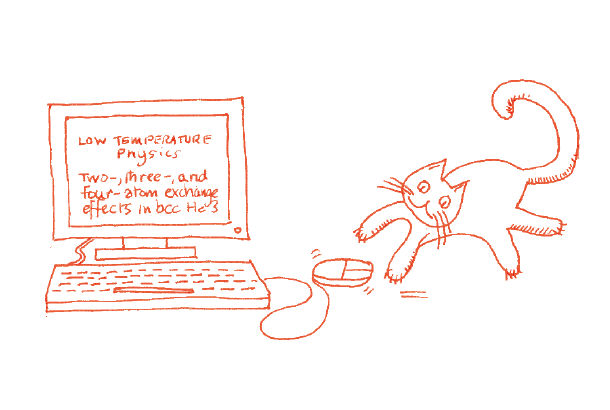