A strange type of star was hypothesised by two astronomers in the 1970s and labelled Thorne-Żytkow objects (TŻO). Kip Thorne and Anna Żytkow noted that most massive stars are part of binary systems and wondered how a binary system consisting of a neutron star and another star would evolve over time. They predicted that, in some cases, the distance between the stars would gradually diminish. The neutron star could then be absorbed by its companion star as, by this stage, it is likely to have evolved into a mature red giant at this stage. Given the large number of older stars in the galaxy, it is estimated that 1% of red supergiants may have absorbed neutron stars to become TŻOs. The stars have therefore been referred to as ‘cannibal stars’. 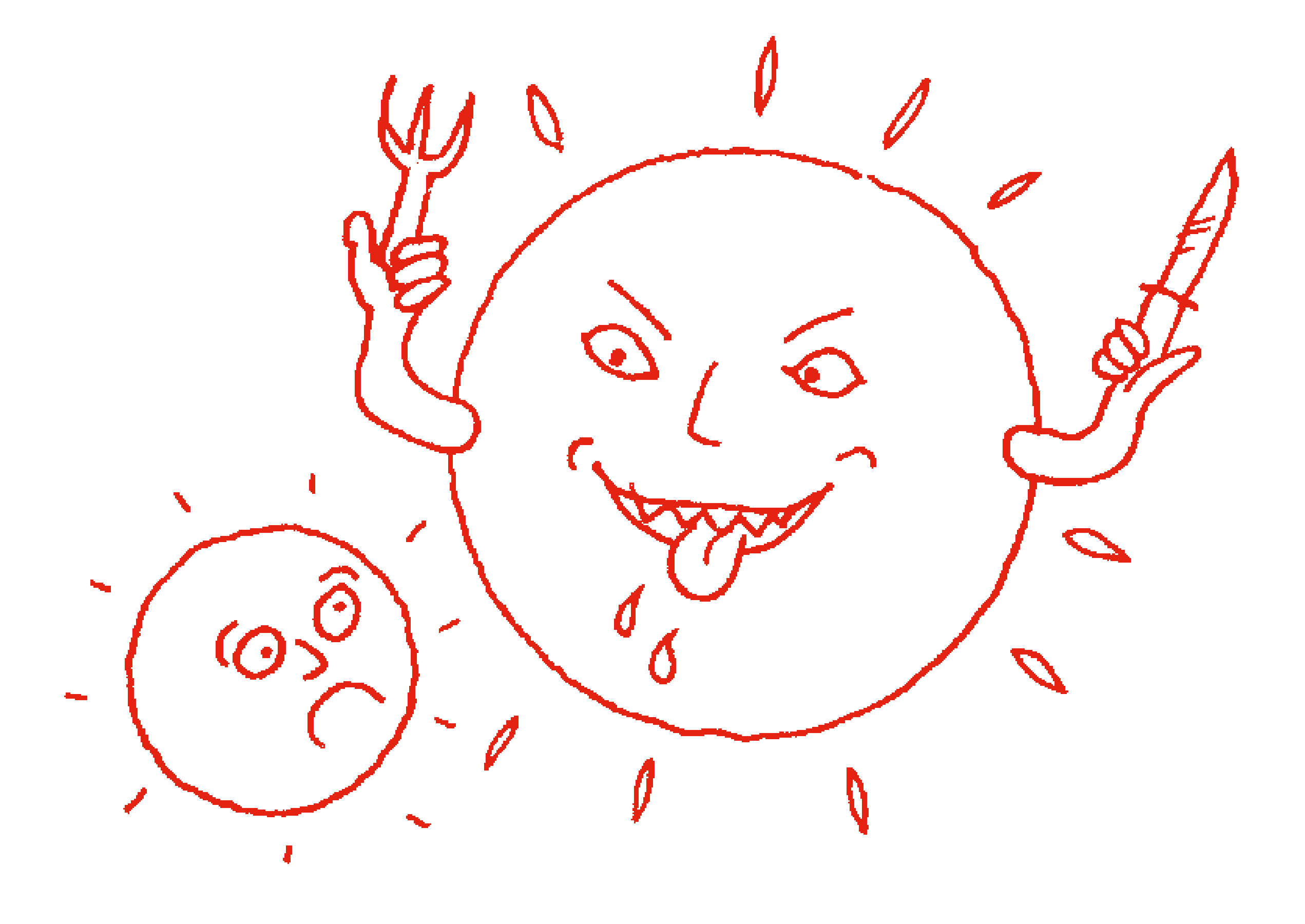 Betelgeuse, the red super giant in the shoulder of the constellation of Orion and just 430 light years from Earth, may have swallowed a companion star. As a star expands to form a red giant, conservation of angular momentum predicts its rotational velocity will decrease. Betelgeuse is spinning 150 times faster than could be explained by the normal pattern of stellar evolution. A computer model suggests the rapid rotation may be explained if Betelgeuse absorbed an orbiting companion star and so received additional angular momentum. Betelgeuse is due to supernova, though it is difficult to predict when - it may occur at any time in the next 100,000 years.

Some students think that planetary orbits are circular or very elliptical