The British Standard cup of tea

British Standards (BS), the national standards body which produces a range of different technical specifications for products and services, has produced a standard for making a cup of tea. Published in 1980, BS 6008:1980 refers to the “Method for preparation of a liquor of tea for use in sensory tests”. The standard recommends the use of a pot of “…white porcelain or glazed earthenware, with its edge partly serrated… and provided with a lid”. The pot should be filled with freshly boiled water to within 4-6 mm of the rim and the tea should be brewed for six minutes. When preparing tea with milk, the guidance suggests tea is added to the serving vessel after the milk, to avoid scalding the milk. Though the writers avoid controversy by adding the caveat: “unless this procedure is contrary to the normal practice in the organisation concerned”. The writers counsel that, “If the milk is added afterwards, experience has shown that the best results are obtained when the temperature of the liquor is in the range 65 to 80°C when the milk is added.” 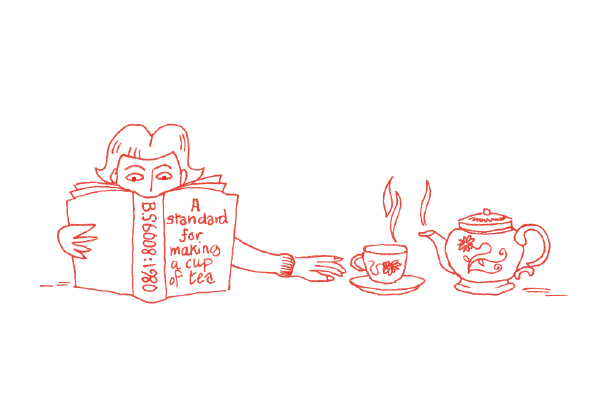 The word ‘energy’ is used in everyday life, in news reports, public information leaflets and by politicians and policy-makers...

Light and sound as pathways

Light is often seen as a place where energy can be found. Here we show a better way to think about light and energy.