It is recorded that both Philo of Byzantium and Hero of Alexandria carried out experiments using thermoscopes, tubes filled with liquids without scales marked on them, as a crude temperature probes. For example, Philo constructed a device consisting of a hollow lead sphere, to which a curved U-shaped tube was connected. The free end of the tube was placed under water and bubbles were detected when the sphere was placed in the Sun. 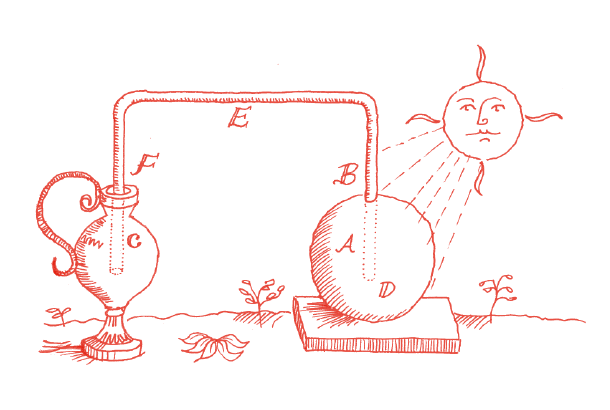 The Venetian physician Santorio Santorre is credited with the first mention in print of the liquid-in-glass thermometer in 1612, even though Galileo’s experiments preceded it.

Though it didn’t catch on, Newton developed his own temperature scale. He constructed a thermometer using linseed oil and set the zero of his scale to be ‘the heat of air in winter at which water begins to freeze’ and defined 12 as ‘the greatest heat which a thermometer takes up when in contact with the human body’. On this scale, Newton reported that the “heat of iron… which is shining as much as it can” registered a value of 192.

The Swedish professor, Anders Celsius, developed his eponymous scale in 1742 but, though the scale was divided into the familiar 100 units, it was initially inverted so the boiling point of water was at 0°C and freezing at 100°C. The direction of the scale was switched by the taxonomist Carl Linnaeus.

During the 17th and 18th centuries, temperature measurement was complicated by the existence of at least 35 different temperature scales. Robert Boyle complained that instruments could only provide relative measurements and that “we cannot communicate the idea of any such degree to another person”. Boyle entered into a discussion of the nature of the primum frigidum, a superlatively cold body that was supposed to exist by some philosophers and Boyle described as “…some body or other, that is of its own nature supremely cold, and, by participation of which all other bodies obtain that quality”. Early thinkers had associated the primum frigidum with different elements. Boyle found none of their arguments satisfactory. For example, he critiqued Plutarch for associating the primum frigidum with earth because, he argued, it is the cold air that causes the ground to freeze, and he rejected the notion that water was the ideally cold element, because the ocean depths do not freeze. Ultimately, Boyle rejected the concept of a primum frigidum as an ‘unwarrantable conceit’.

Dalton described a ‘natural zero of temperature’ which exhibited an ‘absolute privation of heat’ and proposed it occurred at 6,000° below the freezing point of water. Both Laplace and Lavoisier calculated numerical estimates for absolute zero in the range of -600°C to -14,000°C. In an 1848 paper, Kelvin’s initially proposed temperature scale had no zero point. He argued the scale should go down to ‘infinite cold’ and, though he was aware of the zero volume of gases at -273°C, assumed that the result was not physically meaningful.

After writing his 1848 paper, Kelvin read Reflections on the Motive Power of Fire, the seminal work by Sadi Carnot, the French military engineer and physicist. By contrast with its eventual importance, Carnot’s writing had been ignored by scientists for 25 years, but caused Kelvin to realise that an ideal heat engine’s efficiency would approach a hundred percent as the temperature approached -273°C. To avoid a violation of the principle of conservation of energy, in 1852, he revised his temperature scale to include a zero of temperature.

This is the second post about situations in which we are drawn into including intermediate stores as part of an unhelpful...

The purpose of this activity is to introduce the conventions of, and pupils to acquire familiarity with, Sankey diagrams...

Class practical: This shows ready-made models, giving an opportunity to link the shapes of real crystals with an underlying...