In 1940, an engineer at the British Post Office proposed the idea of using reflections from the Moon, so-called Moonbounce, in radio communication. Subsequently, anecdotal reports emerged from radio operators that it was indeed possible to send signals in this way. The first documented lunar reflection came in 1946 from the US Signal Corps as part of Project Diana. The experimental setup had an interesting quirk because the capacitors available at the time were too leaky to retain charge over an extended period. In order to amplify the detected signal, the voltage pulse received was used to hydrolyse water and the volume of resultant gas measured to analyse the reflection. Project Diana led to the establishment of a Moonbounce link between the naval base at Pearl Harbour and the naval headquarters in Washington DC.

You are likely to have heard Charlie Duke’s voice, speaking as Mission Control to the first astronauts on the Moon. After a nervous landing, Duke radioed: “Roger, Twank... Tranquillity, we copy you on the ground. You got a bunch of guys about to turn blue. We’re breathing again. Thanks a lot!” Duke travelled into space himself on Apollo 16. On the second day of the mission, the pilot of the command module, Ken Mattingly, lost his wedding ring and the crew searched for the precious object but couldn’t find it. A week later during a spacewalk, Duke saw the ring fly past Mattingly, heading into space. He tried to catch it but missed. As Duke called out, Mattingly turned his head and the ring bounced off his helmet back towards Duke who caught it.

The first reliably documented extra-terrestrial object to injure a human is the Sylacauga meteorite, a piece of rock the size of a grapefruit. In 1954, the 5.5 kg meteorite broke through the roof of a farmhouse in Alabama, bounced off a large wooden radio and struck Anne Hodges, who was napping on a nearby sofa. Hodges was badly bruised but otherwise unhurt by the collision.

Cranberries are sometimes called ‘bounceberries’ because their ripeness is measured through their bounciness. The berries are forced to bounce over 10-18 cm high barriers and those that can’t bounce over these walls are deemed too soft and unsuitable for sale. Researchers have dropped peaches from small heights (0.5 and 1 cm) to determine their ripeness, plotting force vs. time graphs. The firmest peaches had coefficients of restitution approaching 0.60 (meaning they would bounce back at over half the speed they hit the ground at); the ripest peaches had a coefficient of restitution of only 0.32. 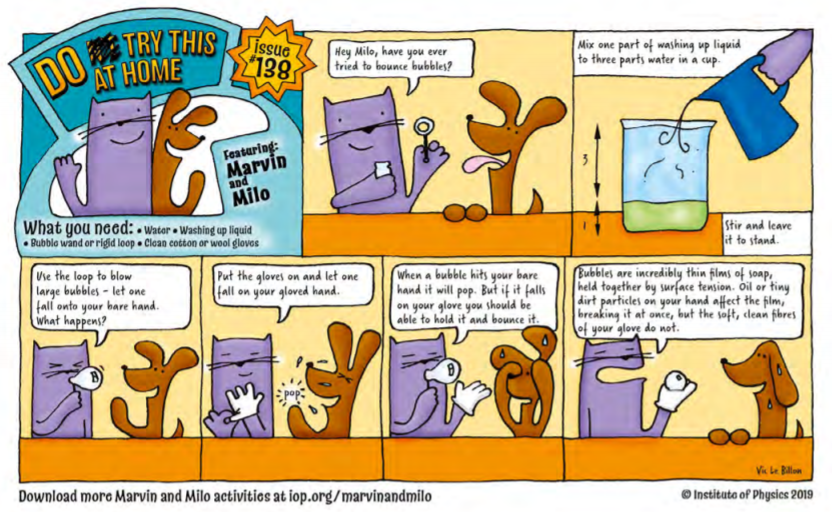 These stories were collected by Richard Brock, lecturer at King’s College London and former physics teacher. Follow him on Twitter