Niels Bohr was a Danish physicist who contributed to foundational research into atomic structure and the development of quantum theory. It may have been for the best that Bohr chose to study theoretical physics as his chemistry teacher reported that he was second to none in breaking glassware. When the laboratory was rocked by an explosion, he is said to have commented: “Oh, that must be Bohr!”

The Royal Danish Academy of Science was financially supported by the Carlsberg Brewery whose founder had specified in his will that his palatial mansion was to be used as the residence of Denmark’s most famous living scientist. Hence, in the 1930s, Bohr came to live in the Carlsberg mansion. A story, reported by The Guardian newspaper and Forbes, claims that a beer pipe connecting the mansion with the Carlsberg Brewery allowed Bohr a ready supply of alcohol. The director of the National Bohr Archive has dismissed the story as a myth but reports that Bohr was entitled to free bottles and kegs of beer between 1932 and 1962.

Bohr’s mother was Jewish and the physicist played a significant role in saving Jews during the Nazi occupation of Denmark. The story is told that, in order to help those fleeing, Bohr attempted to get an audience with King Gustav of Sweden. Friends of Bohr knew Greta Garbo, who called the king and begged him to meet Bohr, and the physicist was able to convince King Gustav to accept thousands of Jewish refugees.

Hiding from the Nazis

During the Nazi occupation of Denmark, in order to prevent their confiscation, Bohr was entrusted with the gold Nobel Prize medals of German physicists James Franck (who investigated fluorescence, in collaboration with Hertz) and Max von Laue (who discovered crystal X-ray diffraction). With the Hungarian physicist Georg von Hevsey, Bohr devised the idea of dissolving the medals in aqua regia, a mixture of hydrochloric and nitric acid. The resulting solution was left on a laboratory shelf, safe from confiscation. In 1945, the metal was recovered from the solution and the medals recast.

n 1943, Bohr fled occupied Denmark, travelling first by boat to Stockholm. Bohr made the journey carrying a green beer bottle that he believed contained heavy water, a key ingredient for the Nazi atomic bomb project. On reaching Sweden, he realised he had taken the wrong bottle – the one he carried contained only beer. The Danish resistance were contacted and agents entered Bohr’s home which had already been ransacked. The resistance fighters questioned Bohr’s housekeeper who led them to a bottle, stored amongst others in the larder and containing a quarter of a litre of heavy water. The bottle was sent on to Bohr in Stockholm, where he was met by a British Mosquito (a combat aircraft) to escape to England. When the plane arrived, he was given a flight helmet with built-in headphones but it was too small for his head. Bohr, therefore, did not hear the pilot’s instruction to begin using his oxygen mask and passed out. The Mosquito pilot was forced to drop the plane to a lower altitude to revive the oxygen-starved scientist.

Niels Bohr’s younger brother Harald was, like his sibling, numerically talented and received his PhD in mathematics at just 21. Harald had at least one skill in which he outshone his older sibling - football. Harald played as a midfielder for the Danish club Akademisk Boldklub (AB) and was selected to represent his country at the London Olympics in 1908. In what might be considered the Danish team’s first international game, the Danes beat the French ‘B’ team 9-0 with Harald contributing two goals. In the semi-finals, Denmark beat France 17-1, before losing 2-0 to the British team in the gold medal match. Like his brother, Niels had signed to play for AB, but in contrast to Harald, Niels played as the goalkeeper. However, it is reported that, during a game against a German side, as a long ball was hit towards the goal, Niels was looking at a goalpost where he had previously scratched an equation. Two versions of the story differ at this point – in one, a shout roused Bohr and he managed to make a save; in the other, the physicist’s inattention resulted in a goal being conceded.

Bohr enjoyed watching cowboy films. Despite his delight in the genre, Bohr often failed to follow the plots and is reported to have pestered his colleagues with questions during screenings such as: “Is that the sister of that cowboy who shot the Indian who tried to steal a herd of cattle belonging to her brother-in-law?”

On one occasion, he had been to see a cowboy film with George Gamow, the Russian-American theoretical physicist and cosmologist. Gamow observed that it was strange that, in gunfights shown in the films, the hero was quicker at drawing their gun than the villain. The villain, Gamow argued, should be better prepared than the hero and so react faster. Bohr disagreed arguing rather innocently that, as the hero did not intend to kill, their clear conscience would lead to a faster reaction time. The following day, Gamow and Bohr armed themselves with toy pistols and, at an unexpected moment, Gamow and some colleagues ambushed Bohr. Victory in the ‘duel’ went to Bohr and his theory of the effect of innocence on reaction time gained at least some empirical support. 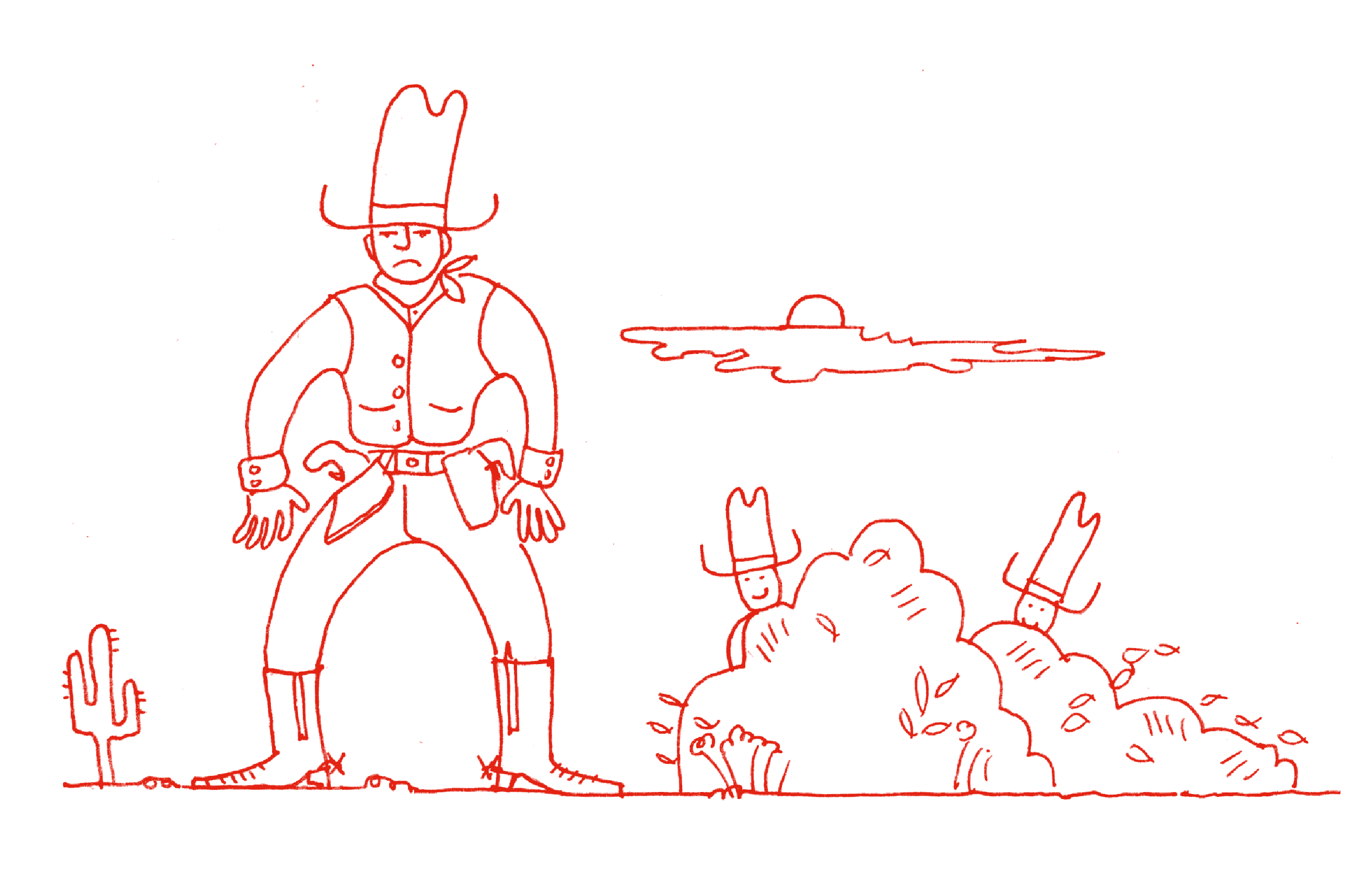 In contrast to his speed with a pistol, Gamow claimed that Bohr was often the last person to understand arguments presented in seminars. Gamow said that even after the whole audience had understood the thesis, Bohr would claim not to and would insist colleagues re-explain it to him. After considerable discussion, Bohr would begin to understand but often in a way that showed the physicist presenting was mistaken.

B. Lovett Cline, The Men Who Made a New Physics: Physicists and the Quantum Theory, Chicago, IL, University of Chicago Press, 1987, p. 129

Some students think only large nuclei can be radioactive