One of the many challenges of launching and safely returning astronauts to space is the problem of re-entry into the Earth’s atmosphere. The competitors in the early space race, the Soviet Union and the United States, took different approaches to solving the re-entry problem, leading to differently shaped spacecraft. The designers of the Vostok missions, a series of Soviet spaceflights in the early 1960s, chose a spherical shape to give stability during flight through the atmosphere. By contrast, HJ Allen of NASA’s Ames Aeronautical Laboratory proposed the blunt body principle which suggests that the shock wave formed by a blunt spacecraft travelling through the atmosphere will dissipate up to 90% of the heating due to friction caused by re-entry. Allen’s principle led to the truncated cone shape of the Mercury spacecraft, the first series of American spacecraft designed to carry humans into space. 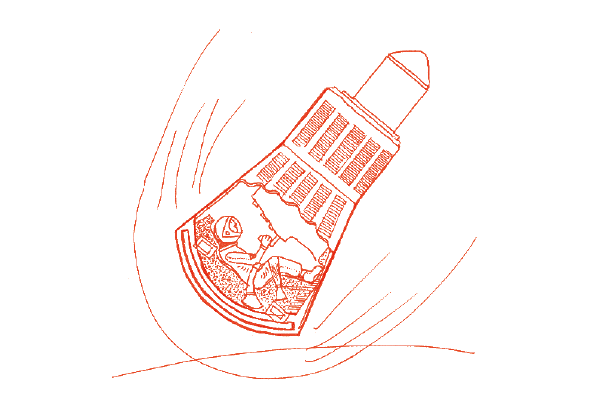 Students first perceive energy as activity, or the ability to do work

Many students do not think energy is conserved in biological processes, and see these as either using energy, or ‘making energy’ that can subsequently be used