Though his experiment with a kite in a thunderstorm is well known, Benjamin Franklin put electricity to some other strange uses.

He describes an attempt to electrocute a turkey with a shock from a Leyden jar, resulting in the unfortunate scientist inadvertently shocking himself. He reports that those with him observed: “…that the flash was very great, and the crack as loud as a pistol”, but that “his senses being gone”, he didn’t see or hear anything. He described a “universal blow throughout my whole body from head to foot, which seemed within as well as without.” 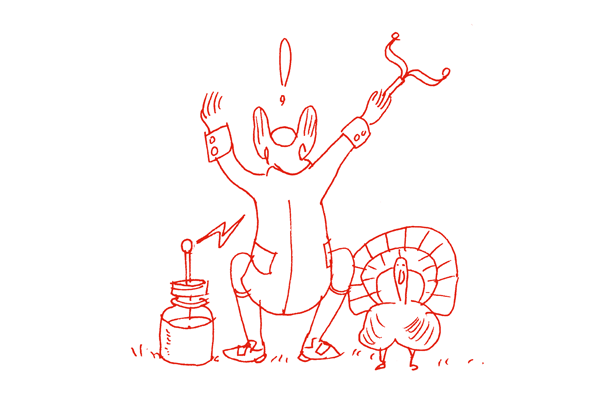 Episode 102: Current as a flow of charge

Here, you are trying to illustrate the idea of electric charge and its relationship to a flow of current.

Measuring currents in a parallel circuit

This practical activity offers pupils the opportunity to build a simple parallel circuit and to take current measurements at...

In 1778, the German physicist Georg Christoph Lichtenberg built a large electrophorus, a capacitor-like device charged by...