Do alpha particles cause more ionisations of the air than beta particles?

Right Lines: If both alpha and beta particles start with the same energy, then they will each undergo the same number of ionising collisions, shifting the same amount of energy per collision with air molecules before coming to a stop. 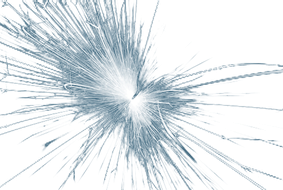 It is quite common to see statements along the lines of alpha particles are more ionising than beta, but this is not actually the case if both kinds of particle start with the same energy.

The point to stress here is that the alpha radiation causes ionisation over a shorter path, creating a higher density of ionising collisions than beta radiation.

Students' models of each of the radiations will develop through this topic. They will start with an idea of a generalized...

Dry ice has many uses. As well as simply watching it sublimate, you could also use it for cloud chambers, dry ice pucks...