In this activity students see that a ruler supported by two fingers remains balanced when they slide their fingers towards its centre. You can use it to introduce the co-efficient of friction. 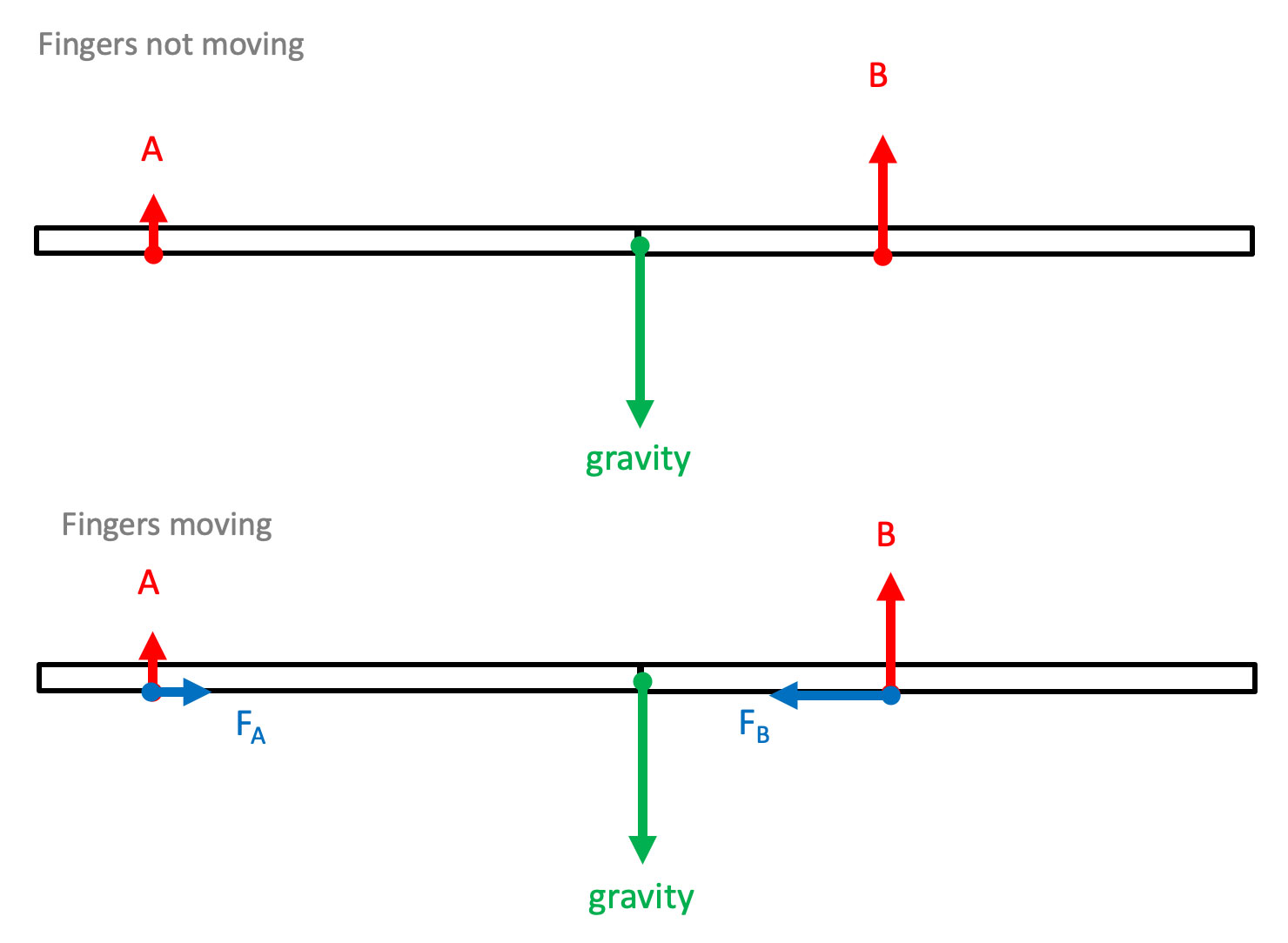 The finger that slips is the one further from the midpoint which indicates that this finger experiences less friction than the one that sticks. So the horizontal forces on the rule are unbalanced (FB is greater than FA) and the rule is pushed sideways (to the left, in the diagram).

This experiment shows that the frictional force between two objects is greater when the contact force between them is greater. This can be used to introduce the idea of the coefficient of friction µ, where

that is, the frictional force is proportional to the contact force (and depends on the nature of the surfaces in contact).

Students recognise that frictional forces are proportional to the contact force and identify the co-efficient of friction as the constant of proportionality.

This experiment was safety-tested in March 2020.

A recent paper has analysed the causes of the high frictional force that results from the interleaving of two phone books. It...

Demonstration: Principles of physics are not just abstract. They have practical value.

Some students confuse friction and normal reaction, as both arise from an interaction between an object the surface it is sitting on

Many students see friction as a phenomenon, rather than as a force

is a special case of Force
Limit Less Campaign