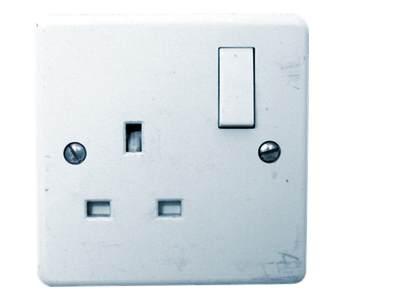 An alternating current is driven first one way and then the other by the alternating potential difference: the polarity of the terminals of the supply alternate. Nowadays, nearly all long-distance transmission uses alternating current, but it wasn't always so. In the early days of domestic electrical supply, the proponents of direct and alternating current were locked in a battle for dominance. One device that swung the balance was the transformer. This allowed energy to be shifted by the electrical pathway much more efficiently. The transformer alters the efficiency by altering the character of the pathway. You'll see what this alteration means in episode 02 and how the transformer effects the alteration in episode 03.

As modern houses are so full of electronic devices that require direct current to work, several people have suggested that we might return to having 12 volt sockets in houses. Again, these suggestions have been made to improve efficiency. The arguments one way or the other need to be made carefully.

The differences between alternating and direct current are rather simple. Charge drifts in one direction only in direct current: the charged particles all move round the circuit. In alternating current, the net movement of the charge as a result of the current is exactly zero. So how can the charged particles do anything? Sit on a boat on the surface of the sea and you don't see water moving from left to right, drifting steadily one way, yet you do get lifted up and let down as each wave passes. Influence can be carried without the bulk movement of matter.

The rope model, so useful for accounting for how energy is shifted for direct current circuits, can model this even more closely than the analogy with water waves. We hope you can see how. Think a little for now, then move on to the next step.

The heating effects of an alternating current can still be modelled with the rope loop, just as for direct current. Consider the modelling of a battery: instead of applying a steady driving force, to counter the resistive force offered by the resistor, apply an alternating force.

Pull first one way and then the other. The hand modelling the resistor is passive as before: we don't need to change a resistor to put it in this circuit. The rope will no longer move steadily but will, instead, move to and fro in response to the pair of forces (provided by the battery and the resistor).

Results: the rope moves to and fro, and the resistor hands get warm – all as in the direct current model.

Predictions from the model: in spite of the average potential difference being zero, and the average current being zero, energy can be shifted by the action of an alternating current. 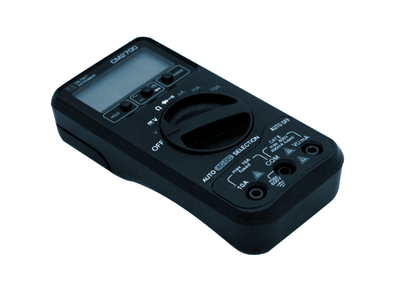 As a consequence of the similarities between the alternating and direct current cases, we choose to find new ways of measuring alternating current and alternating potential difference so that the values give the same energy shifted as if the measurements were done in a direct current circuit. 1 volt predicts 1 joule per coulomb, for alternating or direct current. It is just that you mustn't take the arithmetic average of the potential difference over time as this would be zero (the rope spends as much time being pulled one way as the other: so equal lengths of time moving one way or the other). A more complex average is used that accurately predicts the power in the electrical pathway.

The energy is shared equally between the two bul...

Problems can arise for those pupils who think of the charges starting out from the battery and shifting all of their energy in...

How things have changed!

This is a discussion activity which focuses on the rapid expansion in the range of electrical devices in the home within the...