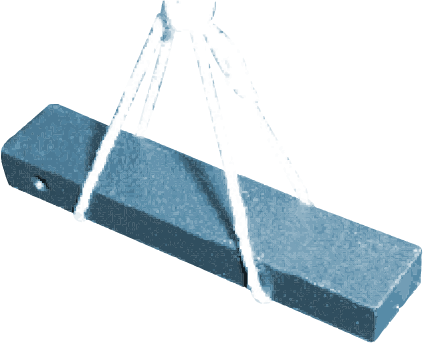 A fascinating feature of the working of magnets is that one magnet can attract or repel another without being in physical contact with it. Because magnets are familiar objects we may take this for granted, but just play with a couple of strong magnets and feel them pushing away at each other through thin air. It really is amazing! The magnetic force is one which acts-at-a-distance.

It is important to recognise that a magnetic field is not a tangible object (like an iron nail) but a theoretical concept, which we use to describe the physical world. We can point to the space around a magnet and claim (quite correctly) that there is a magnetic field in that space, but of course there is nothing there to actually see!

Magnet strength and action at a distance

This is a simple exploration of the reduction of the magnetic force with distance.

The purpose of this activity is to allow pupils to design and carry out a simple investigation in the context of magnetism...

Things you'll need to decide on as you plan: Exp...