How to notice an acceleration 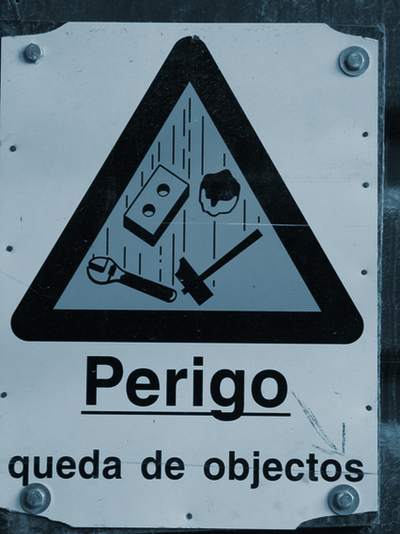 Take a moment to match these to the following examples:

You might also find it useful to match the three categories (speeding up, slowing down and changing direction) to examples of your own.

You can draw together all of these seemingly disparate statements into a single statement:

That's quite some claim, and a significant synthesis, so we'll spend some time exploring the idea.

We hope you managed to do the matching well, and to add your own examples to our list:

We've already met acceleration, in episode 1, as a consequence of force acting on mass. There it had the units of (metre/second) every second. Lots of physical quantities have units like this, and so can be thought of as instructions to accumulate. Here are two more: Energy, power and time: Δ energy = power × time interval (expressed using units, this is joule = joule second-1 × second). Number, activity and time: Δ number = activity × time interval (expressed using units, this is no units = second-1 × second). (Remember: Δ x is just shorthand for change in x.)

We'll get to look at velocity in more detail in this episode. For now, it's simply the result of accumulating acceleration.

Understanding acceleration as an accumulation

Acceleration is all about driving an accumulation.

A constant positive acceleration adds a fixed number of metres/second to the velocity in each second.

A constant negative acceleration subtracts a fixed number of metres/second from the velocity in each second.

However, do remember that acceleration is a vector, with all that this implies about changing velocity in two and three dimensional cases.

A central idea here, repeated often, is that accumulations over time lead to changes. To understand the structure of these...

These questions can be used to explore students' understandings of the connections between the quantities and the different...

Reporting any velocities unambiguously depends on making explicit the point of view that you've chosen. So all velocities are...

Many students think that, if an object has a speed of zero (even instantaneously), it has no acceleration