Perhaps the earliest thinker to suggest the idea of black holes was an English reverend, John Michell. In 1724 Michell noted that:

If there should really exist in nature any bodies whose density is not less than that of the Sun, and whose diameters are more than 500 times the diameter of the Sun, since their light could not arrive at us … of the existence of bodies under either of these circumstances, we could have no information from sight.

Michell referred to these objects as ‘dark stars’. Later scientists referred to black holes as ‘frozen’ or ‘collapsed’ stars.

The term black hole was coined in 1968 by American physicist John Wheeler. He famously quipped that “black holes have no hair” as models predict there are only three quantities that can be known them: their mass, angular momentum and charge. 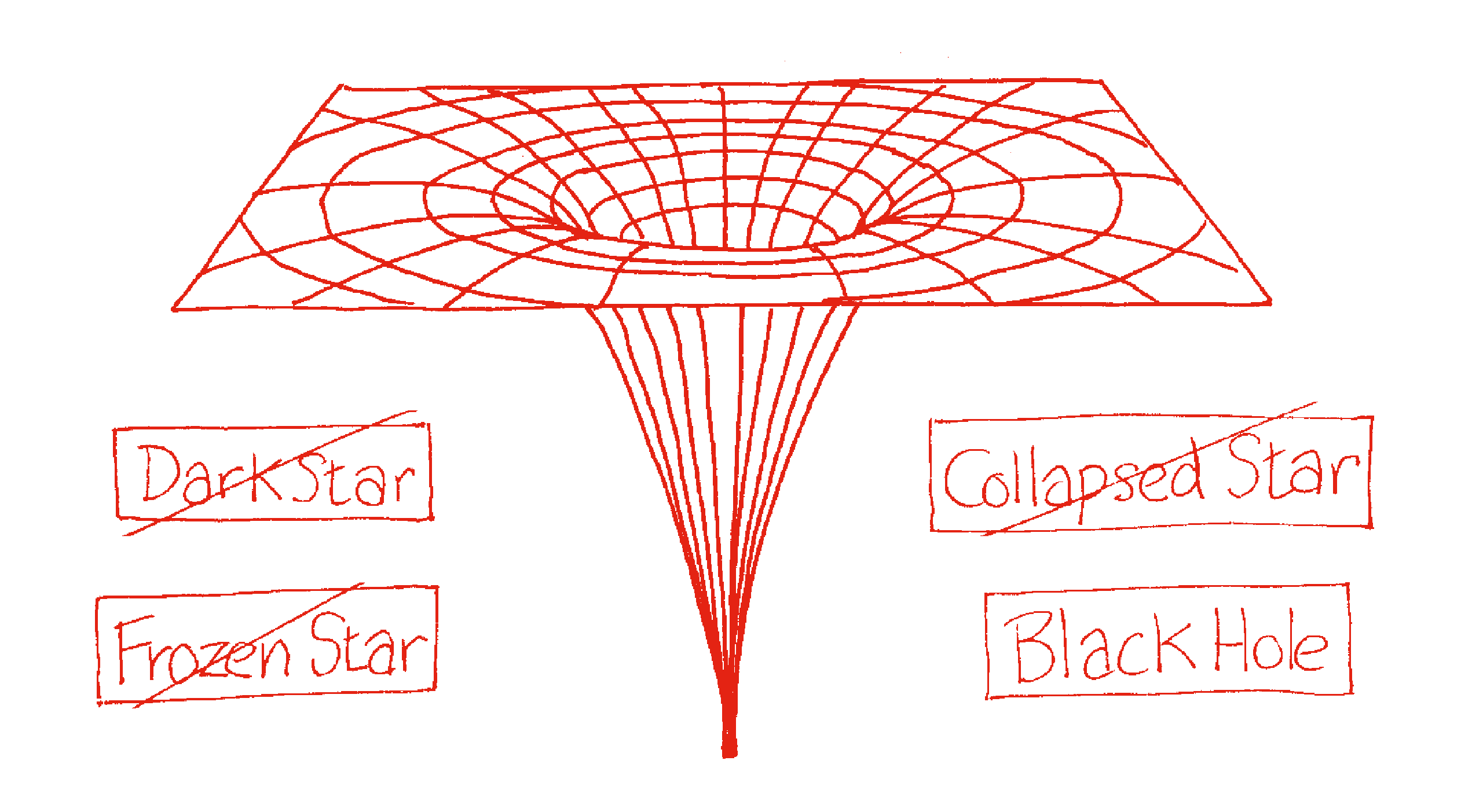